Solar-powered Street lighting is becoming increasingly appealing in many parts of the world. The decrease in our reliance on the power grid as well as the successful implementation of energy-saving measures deserve the credit. When there is plenty of sunlight present, solar lights are often the most effective option. Gardens, streets, and any other public places can all be illuminated with the help of natural sources of light if communities so choose.

Solar-powered Street lights are one potential way for cities to reduce their impact on the environment. After you get solar street lights set up, you will no longer depend on the utility grid for your electrical needs.

The Area to be Lighted

It is not just metropolitan regions that are benefiting from solar streetlights, but remote areas, too. When there is no grid electricity, solar street lighting can be used for both aesthetics and safety. You can use solar street lights to illuminate a wide area in your own backyard or a public place.

It is common for solar street lights to be employed in a variety of public and private settings such as parks and roadways. See to it that the location where you intend to put the solar street lights receives enough direct sunshine and is not blocked by towering buildings.

Modern street lights are a space-saving, cutting-edge type of illumination. They include a battery, LEDs, and solar panels all into a single device. This kind of solar light is also known as all-in-one solar led lights.The infrared wavelengths emitted by moving elements are picked up by the motion sensors, which then trigger an electronic activation of the lights to their full brightness setting.For your street light needs, deal with reliable street lighting suppliers.

Source of Light and Light Efficacy

High-intensity discharge lights are used on the majority of conventionally lit streets. When the temperature within the lamp rise, HID lights tend to release ultraviolet radiation in addition to light. This kind of source of light is not a viable choice for solar illumination since, even though the lights are quite intense for street lighting, they need to be changed every couple of years and they are not environmentally friendly. So, go for LEDs, instead.

The energy from the sun is received by photovoltaic cells and used to power solar-powered street lighting. The sun’s rays are turned into usable electricity, which is then kept in a battery until it is needed to power the LED light. 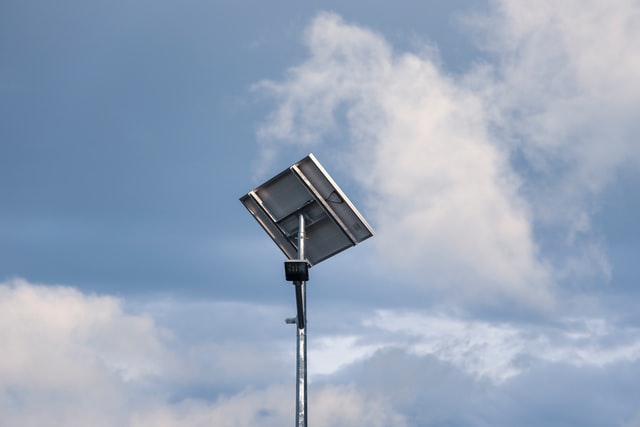 Most importantly, solar power lights are recharged with renewable power and may keep their charge for lengthy periods with today’s technology.